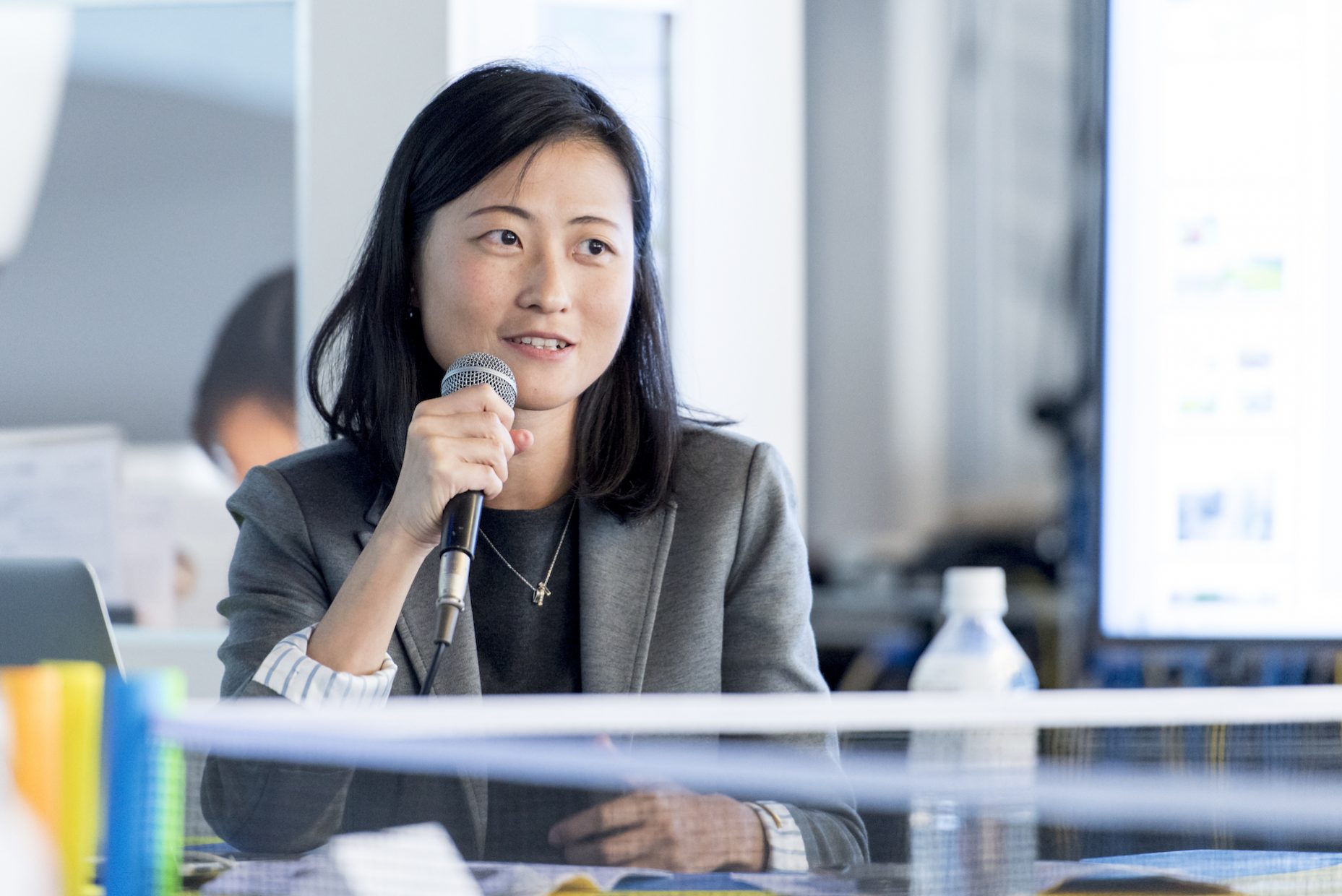 Smart Illumination Summit 2019 invited guest speakers from creative cities around the world to search for the next steps in the Smart Illumination project.
The summit’s second presentation from a participating city was by Chisato Shimada, who has worked for the New York City Department of Parks and Recreation since 2009 and has been involved with various community development projects. She introduced initiatives related to the use of public space as well as art and culture in New York City. 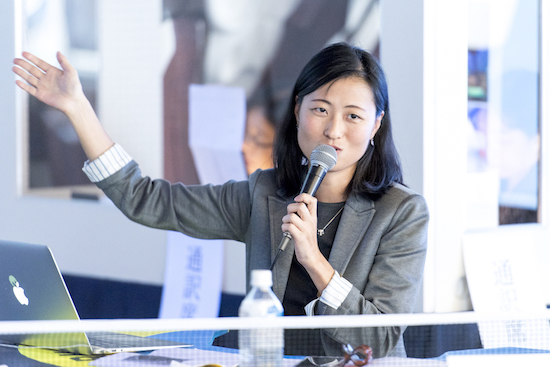 As you just heard from that introduction, I work for the New York City Department of Parks and Recreation (NYC Parks) on city planning and geographic information systems. In a nutshell, I do community development and mapping work. Today I would like to introduce some of the initiatives of my agency that showcase environmentally friendly community development.

New York City (NYC) has a population of around 8.5 million, according to conservative estimates. Since I hear that Yokohama City has 3.74 million people, NYC is about twice its size. Our population is currently continuing to increase, leading to a housing shortage—the opposite problem that Japan has. With a land area of around 800 square kilometers, it is about twice the size of Yokohama City.

We have a tendency to think of the so-called “concrete jungle” when it comes to NYC, but actually 40 percent of the city comprises green and recreational spaces, meaning it is rich in public space. It is also a melting pot, with some 37 percent of residents born outside the United States and with 170 languages spoken. I am one of those foreign-born residents.

NYC Parks where I work has jurisdiction over about 14 percent of the city’s roughly 800 square kilometers (corresponding to around 2,500 times the size of Tokyo Dome), including around 2,500 parks and a total of about 4,500 sites when including pools, beaches, athletic fields, and so on, as well as around 30 percent of the shorelines in the city.

NYC Parks employs 4,500 staff alone. It’s a huge agency. And with seasonal staff hired for the summer, it’s another 1,000. It deals with public spaces in a different way to Japan.

In 2007, under the previous mayor, Michael Bloomberg, NYC started PlaNYC, a long-term environment plan. This plan is to address both climate change and deteriorating infrastructure, and to work toward a sustainable and healthy society. In brief, the plan was an attempt to set a realizable and measurable goal based on an understanding of the current situation, rather than just hammering out random policies and historical measures. The plan originally targeted ten areas until 2030: housing and neighborhoods; parks and public spaces; brownfields (land currently disused or whose value is lower than its true potential value due to actual or suspected soil contamination); waterways; water supply; transportation; energy; air quality; solid waste; and climate change. Notice that parks and public spaces are part of this.

In April 2015, following the change in mayor, the plan was re-named to OneNYC with a new updated goal for 2050. It is based on PlaNYC but has added four new visions (growth, equity, sustainability and resiliency) and gets reviewed at regular intervals if it is actually achieving its targets.

The Sustainable Development Goals (SDGs) was established in September 2015, and these four visions of OneNYC are incorporated with most of 17 items of SDGs.

In terms of what NYC Parks does, as an example, we have a project called the Community Parks Initiative (CPI) since 2014. In short, this aims to build better communities by addressing social disparity and improving inequitable environment. With that, we have renovated 114 sites over the past five years, with a priority on improving parks that are located in underserved and received less capital investment for eight years、 as well as in the areas with high population densities and large numbers of low-income residents.

NYC is home to many immigrants, meaning the population density and disparity in wealth significantly vary from neighborhood to neighborhood. Accordingly, the things that need addressing and prioritizing also inevitably vary between neighborhoods. But, this CPI initiative is an attempt to eliminate the disparity in park environments regardless. 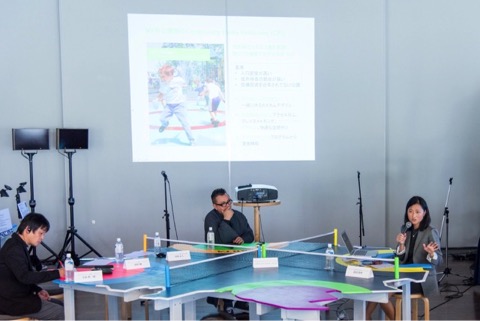 When it comes to making something that people would actually use, the users need to be actively involved in the planning process, so the CPI has adopted a new approach whereby we solicit participation from local residents prior to the design process. The CPI also advances universal design that does not leave anyone behind, as well as harmonizing with the surrounding environment.

The CPI is funded with huge sums of money, such as about $318 million for capital investment and annual maintenance costs of millions until 2019. In addition, there is additional funding from the Green Infrastructure (GI) program.

Green Infrastructure is a citywide joint program to handle the sewer systems and so on in NYC, led by the NYC Department of Environmental Protection, and NYC Parks is also part of the team. In Europe, green infrastructure projects focus on ecosystems. But in America, it is to protect water resources. Japan also suffers from typhoons, torrential rains, and flood damage. Rain water or household waste water normally run into our drainage systems but, if the water level rises above a certain level, contaminated water can run off to the surface areas. The Green infrastructure is a new method using greenery in our infrastructure in order to tackle these kinds of problems, since we will soon have less and less tax revenue to spend for this sort of thing. It is an engineering system that uses landscaping by replacing impermeable asphalt that we have been to permeable green spaces in order to help to reduce water runoffs.

Since we are renovating public parks and implementing GI in the same locations, the GI and CPI programs can be implemented together based on the same goals of the SDGs and OneNYC. With that, we can achieve the biggest outcomes and so also both share resources and the funding effectively. For example, in East Harlem which is a neighborhood with a very unique characteristics, a park used to be rundown and known as a dangerous place. However, in consultation with local residents, a park was reborn with an outdoor gym for adults, benches, public bathrooms, a fitness area and synthetic turf that can capture storm water.

Moreover, eliminating real inequality requires improving accessibility, so universal design and playground equipment that stimulates our fivesenses are integrated not just in the special parks but also regular playgrounds. In order for us to build communities where no one is neglected, and in order for children who are the future of the city to develop more creativity and communication skills, we should not create a situations or environment where those with and without disabilities are separated at the vital places, such as a place where friendships are formed.

The playground equipment is designed for both wheelchair users and those without it to play together, as well as parents with leg impairments can also stay together in it. There are play equipment that uses smelling senses so that visually impaired children can also play together. Another example is giant Lego blocks or sponge-like items that children play with, by putting them together to assemble, or things that make a sound when touched. These interactive forms of play serve to train children’s sense of touch, smell, and balance.

The results of street tree surveys in NYC are available to public on the “New York City Street Tree Map” website. This survey is conducted once every ten years with citizen volunteers. In 2015, 2,241 volunteers participated in the third survey. Using tablet devices and crowdsourcing, the survey this time made it possible for live data to be collected effectively. As a result, 666,134 trees (33 percent of the total number surveyed) were counted and mapped.

70 organizations also participated in the data collection and we have received donations of over $540,000 from major corporations such as Whole Foods, Con Edison, the New York Knicks, Amazon and AT&T. In the end, the volunteers have donated 11,123 hours in total, which ended up of saving the city about $100,000 in tax dollars.

This is available to public, so I encourage you all to take a look for yourselves. If you zoom in in the map, you can see the tree name, tree ID, an image from Google Street View, and the ecological benefits which are in monetary values format calculated from the environmental benefits that each tree provides. This can visualize the individual tree’s benefits to the environment, such as offering a total annual value of about $35 in total, break-down number is $3 for stormwater $30 for energy conservation, $1.7 for reduction of airpollutants, and $0.12 of reduction of carbon dioxide etc

Since it’s been updated daily, the numbers have massively increased since 2016. Yet, the data originally collected on the 660,000 trees for the 2015 survey allowed us to show that NYC gains a yearly economic benefit of $151,315,411 from its street trees as of 2016. This project successfully showed to people who don’t understand effects of greenery of how important street trees are. NYC Parks is, of course, using this data for our daily operation , but we have made the data available to public, and designed the map from with a citizen perspective in order to raise their interest and awareness. 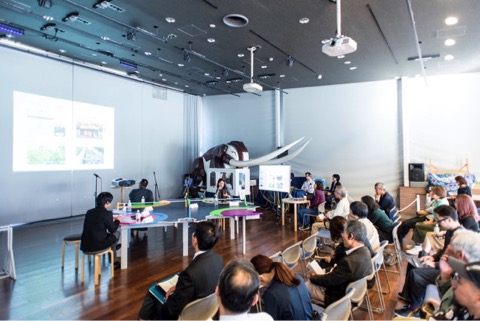 As a continuation of an initiative about the benefits of greenery to the environment, we also have rooftop gardens and community gardens. NYC Parks has implemented 13 of them on our facilities’s roofs, the largest of which is the Five Borough Green Roof started in 2007. It conves 4,181-square-meter (45,000-square-foot) of areas which used to be just bare concrete. It is said to be the fifth largest green roof in the city.

In partnership with Columbia University and others collaborators, NYC Parks also conducts scientific research on types of soil or sand, as well as what kind of plant species can be grown efficiently. By the way, those products from the rooftop gardens are shared to employees, so you may be able to get boxes of tomatoes and cucumbers if you hang around in front of those office around August sometimes.

Also, NYC is a city which has a close relationship with art and there are many public artworks in the parks. There are various kinds of public art programs in this vein, from those run directly by NYC Parks to those run with both the municipal government and private sector, those run by nonprofit organization in partners with the city, and those jointly run by the national/state and municipal government.

“Art in the Parks: UNIQLO Park Expressions Grant” is an art competition that clothing company, UNIQLO has run jointly with NYC Parks since 2017. Aimed at local and young emerging artists, the grant offers $10,000 each for 10 selected artists to execute his or her piece in the parks.

Since 2004, “Madison Square Park’s Mad. Sq. Art “is a public art project run by a nonprofit that aims to turn the park into a cultural destination. The artworks in Madison Square Park change each year and the current exhibition is the 38th commission which is on display until December 15, 2019, calledCity in the Grass. It is an outdoor installation by the sculptor Leonardo Drew.

I have introduced a range of examples, though none are standalone but rather many have come about through partnerships. Various players being involved—NYC Parks, the private sector, academics, and citizens/communities—creates synergy and I think that this is how New York does, bringing forth enormous effects out of creating partnerships by everyone sharing finances, resources, and information together. 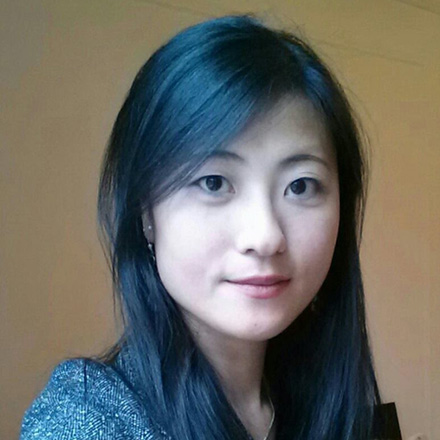 
Lives in New York City, USA. Graduated from the Kyoto Prefecture University with BS degree in Forestry and The City University of NY Hunter College with Master degree in Urban Planning. She was selected as a first fellow of Community Development Fellowship organized by Manhattan Borough President’s Office and worked on various planning projects since then. After working at an international architecture firm as an urban planner, she joined NYC Parks in 2009. She has also been serving as a co-chair of Economic Development Committee with American Planning Association NY Metro Chapter since 2012.